Posted on July 6, 2013 by writerladyjane 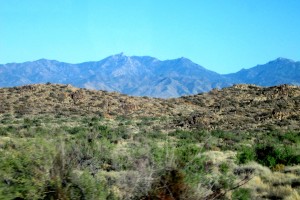 I’m relieved that he finally received some sort of operation and survived it. The Bureau of Prisons never informs anyone – inmates or family – what they intend to do, or not do medically, so no one knows what surgery was actually performed. He wrote a letter to his cousin after the surgery, so he’d recovered enough from the earlier pain and loss of blood to carry out that task. She shared the results with those who are concerned about him. As expected, it wasn’t what he’d wanted, but at least he’s able to think, to write a note. He’s alive.

He waited seven months from the time he was initially advised to have surgery to when it was actually performed. During that time, his fast-growing cancer became enormous and invaded a good deal of his body. The details of his suffering are so horrific I won’t mention even one.

It was as if the prison officials and those who make medical decisions intentionally neglected his pain and misery. For what purpose, you might ask? Well obviously, to save the huge cost of such an operation or because they thought he probably wouldn’t survive anyway, so why bother. That’s what some people might do with an animal they don’t really care about, when the breadwinner is out of a job. It’s not what good people do with a citizen, no matter how flawed.

Even with this intervention, his prognosis isn’t good. But who am I to say that? I really know nothing. I just rely on what I hear second-hand from other doctors and what typically happens with this sort of cancer.

I hadn’t seen him or any photos of him since August 2005 but I just received a photo of him and his sister taken a week or so before the surgery. She’s been supportive and helpful. They have a good brother-sister friendship.

In the photo, he looks like someone I don’t know, especially since he lost about fifty pounds, and eight years have passed. I recognize his eyes though. His red-rimmed eyes have the same innocent, happy expression I remember from long ago.

I know, as I write the word innocent, that some people will react with explosive horror or anger at that word. “He wasn’t innocent! He did all sorts of bad things,” is what some will probably think. That’s true. He wasn’t blameless in his sickness, his actions, and his self-centered essence that rejected concerns articulated by others.

But in the photo, he has the look of a young boy, a sweet smile that underneath all the problems, actions and issues is part of who he is. Many of his actions seemed to eliminate what integrity he had, but a small piece of basic virtue still remains.

I’m surprised at myself writing about innocence. I expected to focus on the ineptness of the Butner North Carolina Prison Administration and medical authorities, which is certainly the main reason he’s in this medical situation. But that’s an exercise of slamming one’s head against a brick prison wall in an attempt for attention. I don’t want to get all worked up about a governmental organization that’s a massive conglomeration of rules, regulations and insensitivity to the needs of those who are inmates.

I feel grateful that whatever surgery was done, whether by a skilled surgeon or one who was inept, it was something and will probably give him more time on this earth. Now we wonder if he will survive until his release, in May of 2014 and if he does how he will manage. But that’s a separate concern for another day.

I'm a writer with an almost completed memoir, titled The Invasion. Most of the blog posts relate to the general subject of my memoir and are about my experience of Federal Agents entering my home and arresting my then-husband for child pornography, as well as the following two years of threats on me. There are also posts that are of a lighter nature and some to do with my travels, especially a trip around the world I took with my daughter. I have an MFA in creative writing from Fairfield University and live in Westport, CT.
View all posts by writerladyjane →
This entry was posted in cancer, prison system, surgery, Uncategorized and tagged Butner Correctional Institute, cancer, federal bureau of prisons, federal correctional institute, illness, medical administrator, Surgery. Bookmark the permalink.