Over Stimulation vs. Solitude 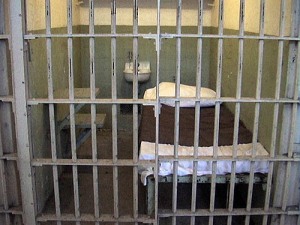 Last month, the New York Times ran an Op-Ed entitled My Night in Solitary written by the new head of the Colorado department of corrections, Rick Raemisch. He spent one night in Administrative Segregation (Ad Seg) solitary confinement in order to experience firsthand what it felt like. With no positive stimulation, it was, to someone used to freedom, a torturous experience.

Raemisch should be respected for wanting to feel what the inmates that he controls do. He’s serious about making changes. After all, transforming the prison system would be for his benefit as well as those who are in solitary for weeks or months at a time. The previous warden was shot to death a year ago by a former prisoner who had spent years alone and was released directly from solitary.  This past Sunday, March 16th there was a follow-up article in the New York Times that focused on the admiration he’s received and the benefit that prison changes should bring to Colorado.

It’s impossible for me to imagine being in a place where there’s no outside communication attempting to invade my thoughts and grab my attention. I don’t know about you, but I’m overloaded with mental stimulation; email, texts, Facebook, Twitter, phone calls, plus mail, bills, and work I deal with every day. Frequently, when I’m reading important information, another message forces its way into my consciousness and captures what I thought was good concentration. My mind whirrs in a vortex with words crashing into each other so I may miss the point in both messages.

When it’s my choice, I like to be alone. Often it’s a reward I give myself for finishing some work project that’s been difficult. However, being isolated, because someone else has the power to decide I should be separated from everything important to me, would be a completely different state of affairs.

I consider this opposite situation from information-overload and instead think about prison and solitary confinement, a place of deep aloneness. For a few years, beginning in 2005, when I received letters from my ex-husband telling me he’d been placed in solitary confinement for his own protection, I didn’t consider what that could feel like for him. I never wondered if he was upset or unhappy or just accepted it as one of the illogical parts of prison life. At that time, I focused all my energy on my own stability.

I recall that my ex-husband was in solitary for weeks at a time, or maybe it was months. He wasn’t there for punishment, so was able to have books and paper and that was when he wrote long letters to everyone who would respond to him and sketched.  He didn’t complain about feeling abandoned or isolated and appeared to create a rich life through his art and letters. If he had lonely feelings, I missed them in my own upset about the events in my life that his crime had created.

I'm a writer with a finished memoir, titled Images. Most of the blog posts relate to the general subject of my memoir and are about my experience of Federal Agents entering my home and arresting my then-husband for child pornography, as well as the following two years of threats on me. There are also posts that are of a lighter nature and some to do with my travels, especially a trip around the world I took with my daughter. I have an MFA in creative writing from Fairfield University and live in Westport, CT.
View all posts by writerladyjane →
This entry was posted in Uncategorized and tagged Ad Seg, Butner Correctional Institute, internet overload, solitary confinement. Bookmark the permalink.

4 Responses to Over Stimulation vs. Solitude