From John Dillinger in the 1930s to Osama bin Laden, the F.B.I.’s Ten Most Wanted list has been a roll of murderers who perpetrated the most violent crimes.  As a child, I remember being eerily fascinated and horrified, at the same time,  as I gazed up at small, black and white photos in the Westport, Conn. Post Office. A chill of fear slid down the middle of my back and then I’d move closer to my mother, glad that I was safe.

This list has captivated the country for more than sixty years. Songs about John Dillinger, written mostly in 1934, have remained popular for decades. Television programs, such as the long running America’s Most Wanted are popular with those who enjoy crime dramas and boasts that it’s responsible for 1179 arrests being made.

After Navy seals killed Osama bin Laden, there were only nine fugitives left on the list.  We couldn’t allow Bin Laden’s slot to be left empty.  We needed to find another dangerous, violent criminal, still at large, to fill his place on the Ten Most Wanted list.

Then when Boston crime boss James (Whitey) Bulger, was arrested, the list dwindled down to eight.  We couldn’t permit it to shrink any more.  People would cease taking it seriously if it didn’t keep its robust number. There had to be ten.

A few weeks ago, the FBI filled that opening with Eric Justin Toth.  He’s a thirty year old teacher from  Washington, DC who is wanted for alleged possession of child pornography images, found on a school owned camera.  Up until Toth’s appointment, only those who were potentially dangerous and were believed to have committed violent crimes were selected for the Ten Most Wanted list.

It is impossible to imagine Eric Justin Toth threatening the country in any way similar to the very real danger from Osama bin Laden.  The FBI is aware of this and decided to “break the mold” according to their acting executive director for criminal and cyber operations.  They hope that Toth, in his effort to hide, will be noticed by someone with whom he comes in contact.  The government has always relied on help from ordinary citizens to notice these criminals and call the authorities when one was spotted.  It’s a good strategy but is a change in the character of the list.

Like most Americans, I am opposed to anyone, teachers especially, possessing child pornography.  In 2005, my husband was arrested for receipt of child pornography.  It was the fact that he was a middle school art teacher in the community where we lived, that caused the town residents to rise up in horror and disbelief.  To parents of school aged children, he represented a significant potential danger. They believed his presence to be a threat to their children’s safety and were enraged.

I remember the reactions of some Westport residents, when he was first arrested.  I hadn’t expected the tsunami of fury or the violence in the words. The reaction of some residents to the news articles on our local online news site were threatening in their own right.  Anger at him, the school system, the principal, the superintendent of schools erupted in print.  My husband had been arrested and taken away by the authorities.  He never saw the words.  I was the one who experienced the brunt of their rage.

There are murders and robberies every day.  Our eyes glaze over such stories unless we know the victim or the violence occurs in our own neighborhood.  But revulsion rises up in the gut of most people when reading about men caught up in child pornography.  It’s an instant, uncontrollable reaction of horror for anyone accused of such a crime.

My understanding is that those on the Ten Most Wanted list are not only dangerous fugitives, but the FBI is certain that they are guilty – before there’s been a trial, before a complete investigation has been completed.  They become guilty in the court of public opinion.  I hope that we behave as if each person charged is innocent until he’s proven guilty, even those charged with the most repulsive crime of child pornography. 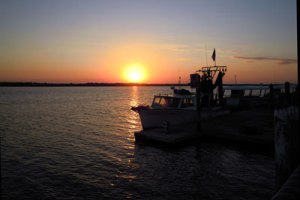